Donald F Witherstine was born in (1896-1961) and was later schooled in Herkimer New York. He studied at Bradley College in Illinois and the School of the Art Institute of Chicago. He served in World War I, and also pursued his art education at The Pennsylvania Academy of Fine Arts  (PAFA) in Philadelphia.

He landed in Provincetown, Massachusetts to study with one of its art colony founders, George Elmer Browne. This began a lifetime love affair with Cape Cod, and he became an early and longtime advocate for the famous “Ptown” art colony.

He was skilled in landscape and seascape painting in both oils and watercolors.This work was compared to that of Cezanne, one of the artist he particularly studied at  PAFA 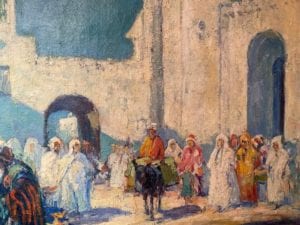 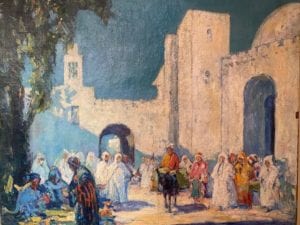 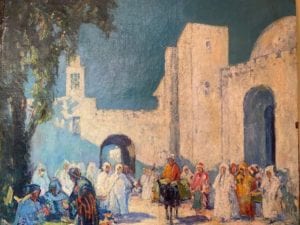 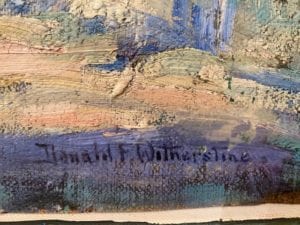