Large Painting the Allegory of the Carpenter. Leo Van Beers 1896 !

Title: Allegory of the Carpenter

Signed By Beers Front and Back  with Boom 1886. 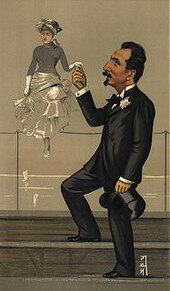 An 1891 Vanity Faircaricature of Van Beers titled “The Modern Wiertz”

Jean Marie Constantin Joseph “Jan” van Beers (27 March 1852 – 17 November 1927)[1] was a Belgian painter and illustrator, the son of the poet Jan van Beers. They are sometimes referred to as Jan van Beers the elder and Jan van Beers the younger. In 1884, Jan Van Beers produced the pen-and-ink sketches for the edition de luxe of his father’s poetry.

Van Beers studied at the Royal Academy of Fine Arts in Antwerp. Soon afterwards, he became the leader of a group of young artists, the “Van Beers clique.” This group included the artists Piet Verhaert (1852–1908), Alexander Struys (1852–1941), and Jef Lambeaux (1852–1908). They were well known for their mischievous and eccentric behaviour, including walking around Antwerp dressed in historic costumes.[2]